enue State Governor, Samuel Ortom on Sunday at the JS Tarka Institute of Political Studies Gboko, unveiled some gubernatorial aspirants on the platform of the Peoples Democratic Party, PDP for the 2023 elections.

Governor Ortom introduced the aspirants to party faithful during the defection ceremony of Mr Joseph Kaaba, Francis Kwaghgba and their teeming supporters from the All Progressives Congress, APC into the PDP.

While urging the State PDP Chairman, Sir John Ngbede to convene a meeting with all guber aspirants, the Governor advised the aspirants to work as a team considering the fact that only one person would occupy the seat of Governor in 2023. 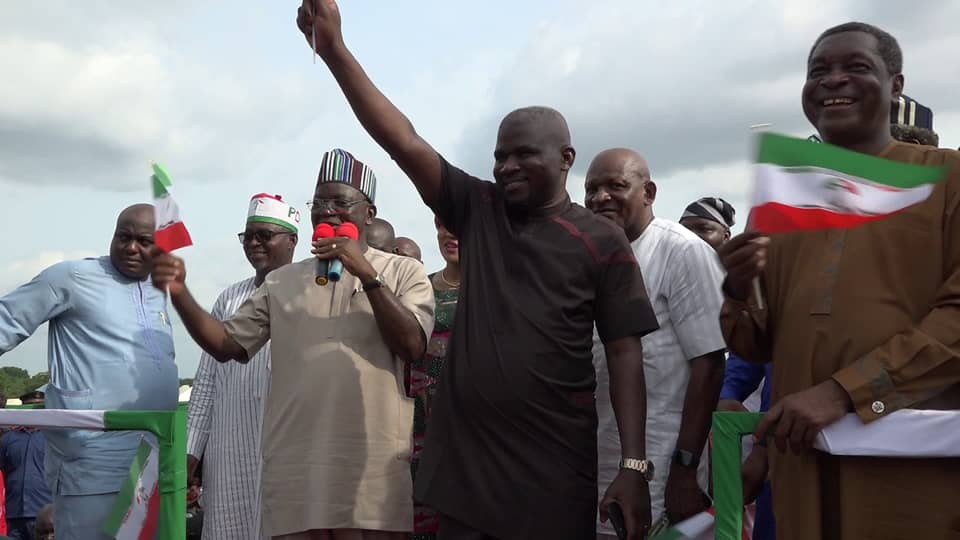 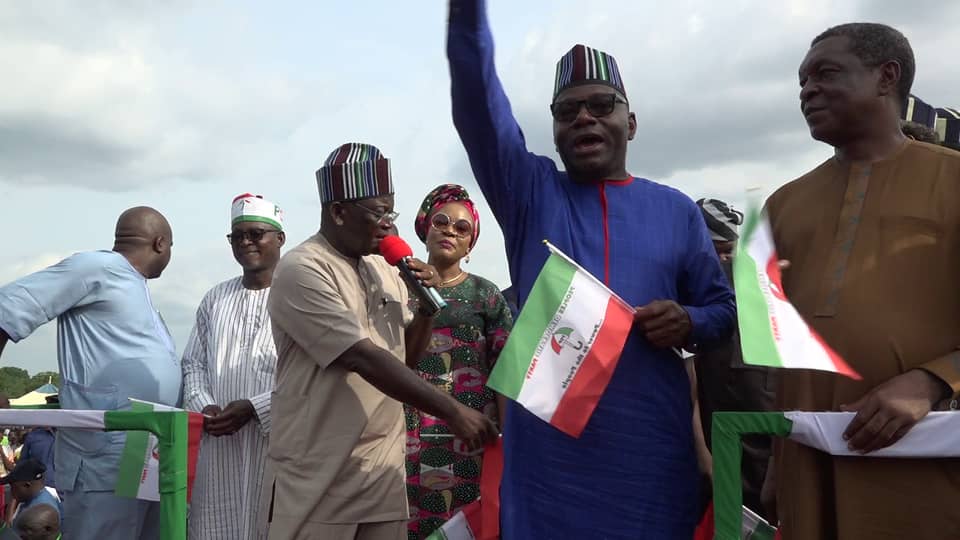 He promised to work closely with the state working committee of the PDP and other stakeholders to produce a consensus governorship candidate but where it fails, the decision would be made at the party primary election which he emphasized would be free and fair.

Governor Ortom said there were more PDP guber aspirants who were unavoidably absent at the decamping. 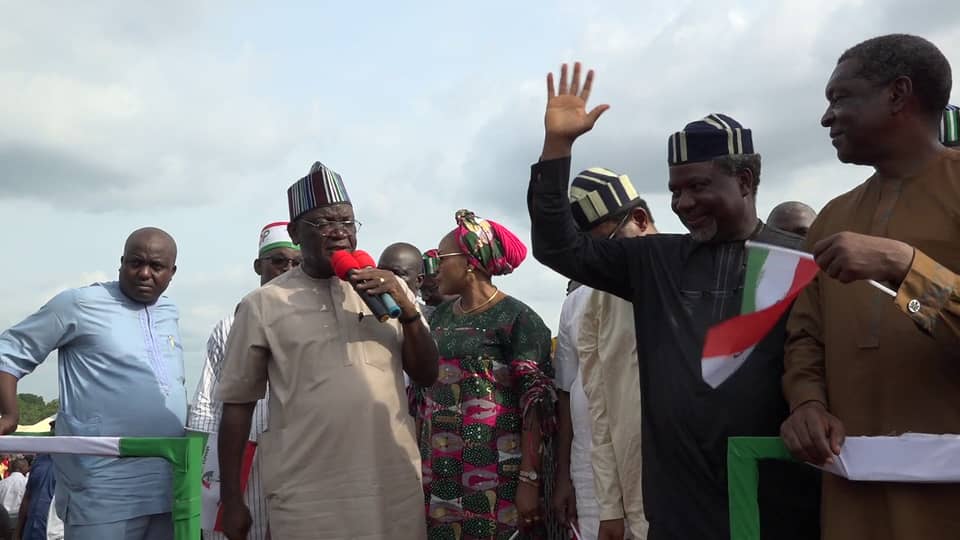 He assured those defecting from APC into the PDP of equal opportunities and internal democracy, expressing optimism that the party would regain power at the national level in 2023.

State Chairman of PDP, Sir John Ngbede described the APC as a sinking ship and urged the good people of Benue to join the PDP which has a listening leader in the Governor and internal democracy, while Speaker of the Benue State House of Assembly, Rt Hon Titus Uba pledged the support of the legislature to the Ortom-led administration. 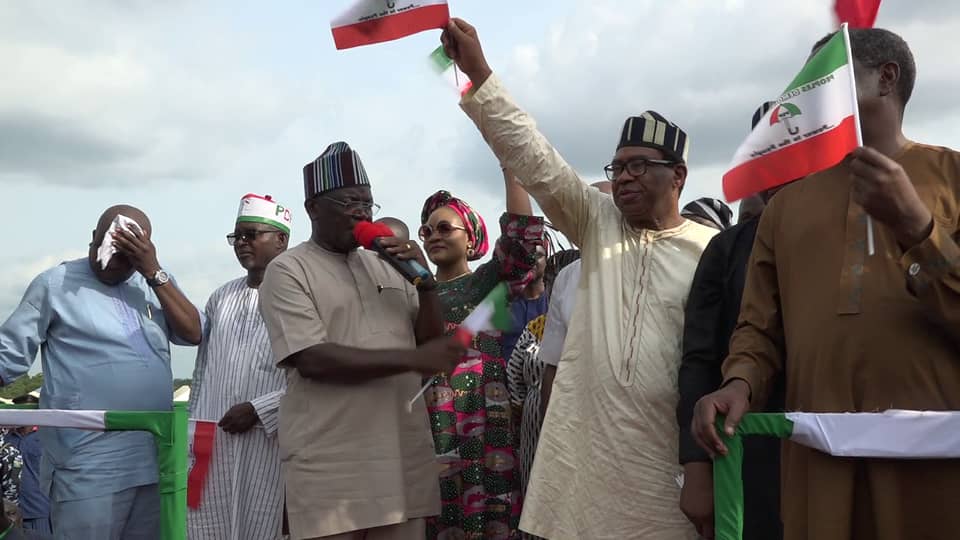 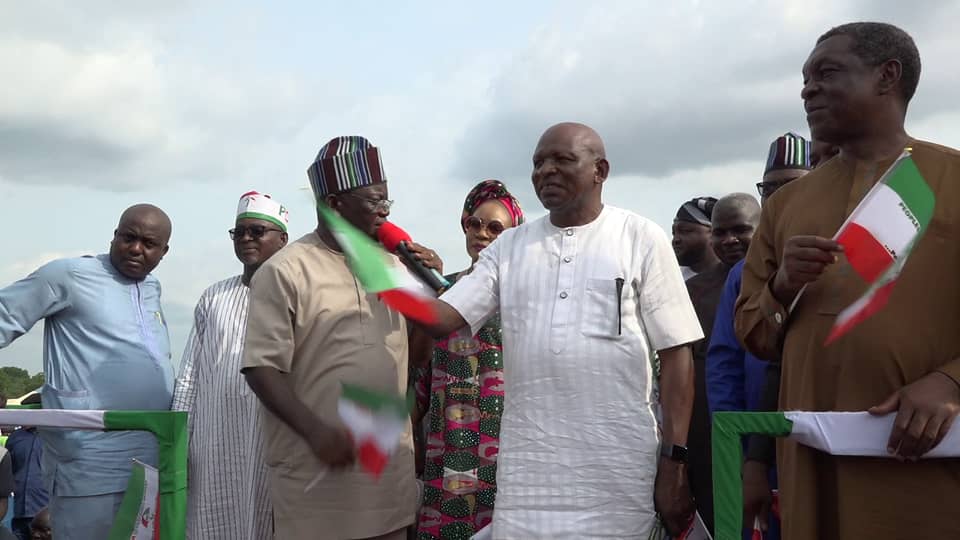 Speaking on behalf of the defectors, Mr Joseph Kaaba said they are happy with the good works of the Governor and decided to join forces with him and other PDP faithful to provide dividends of democracy to the people. 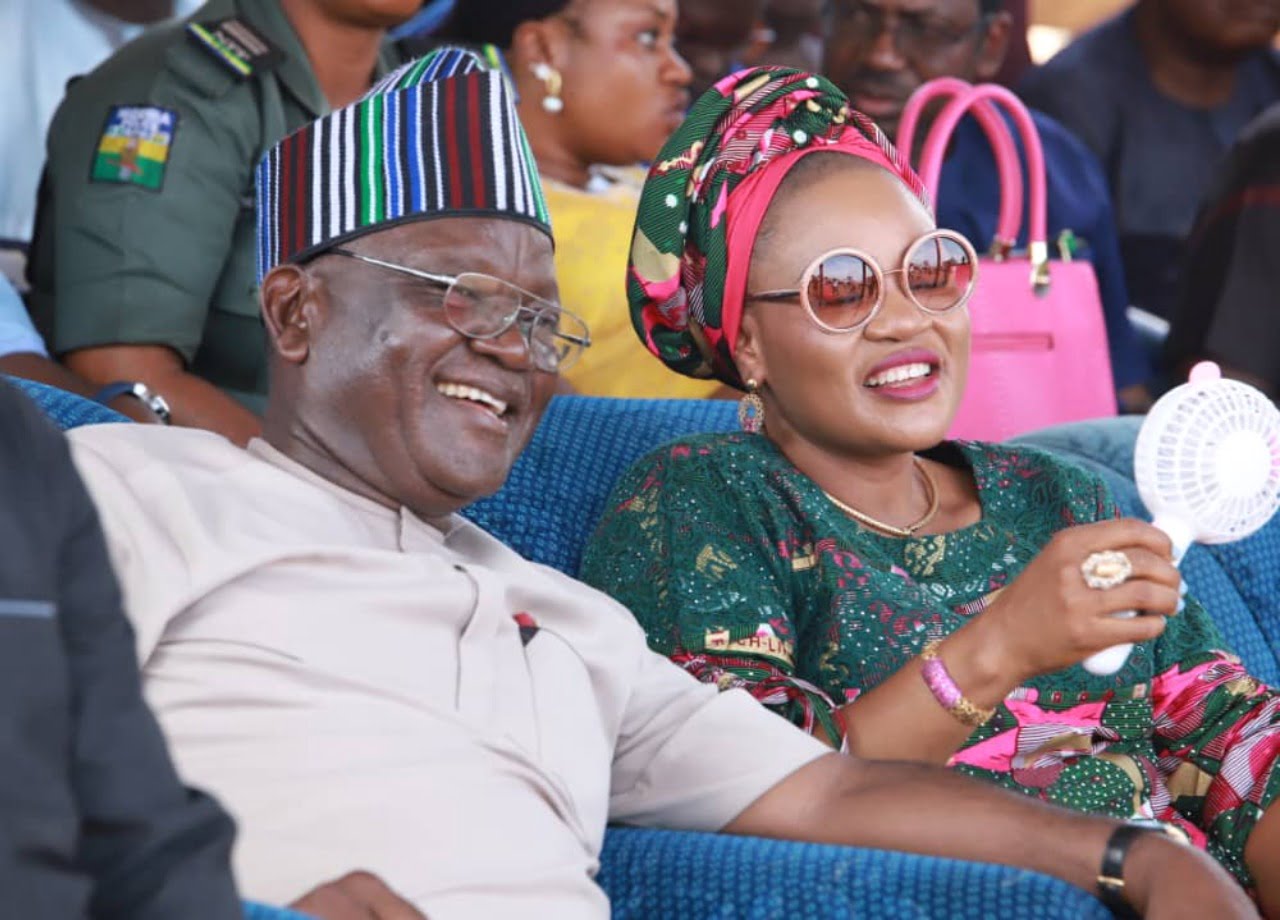 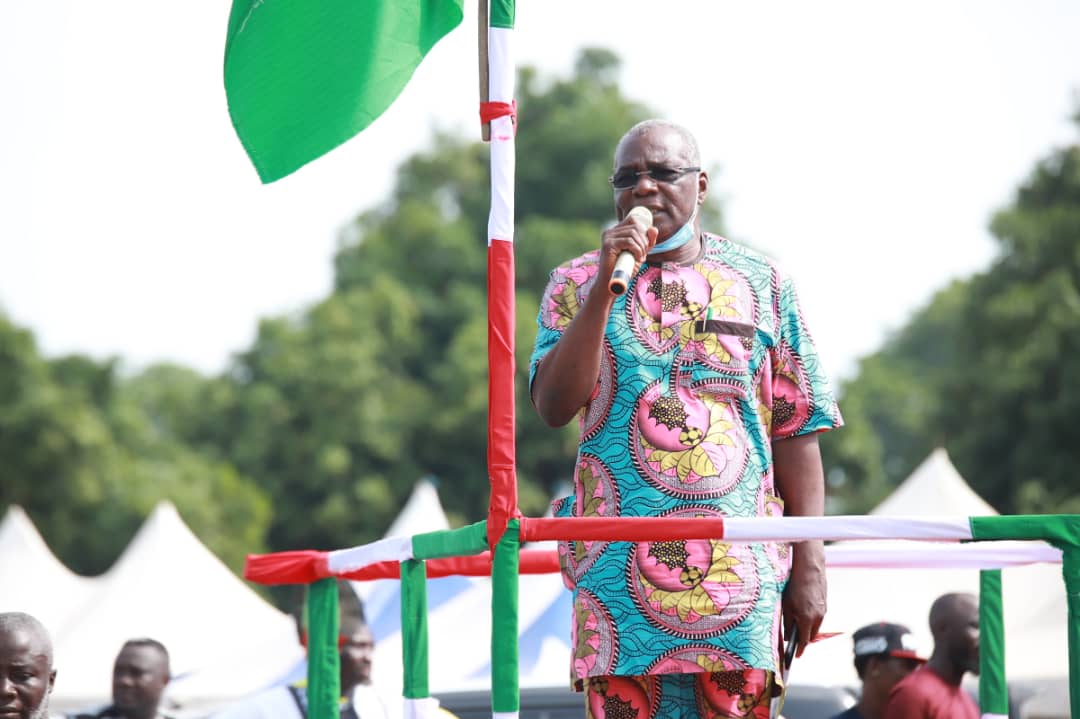 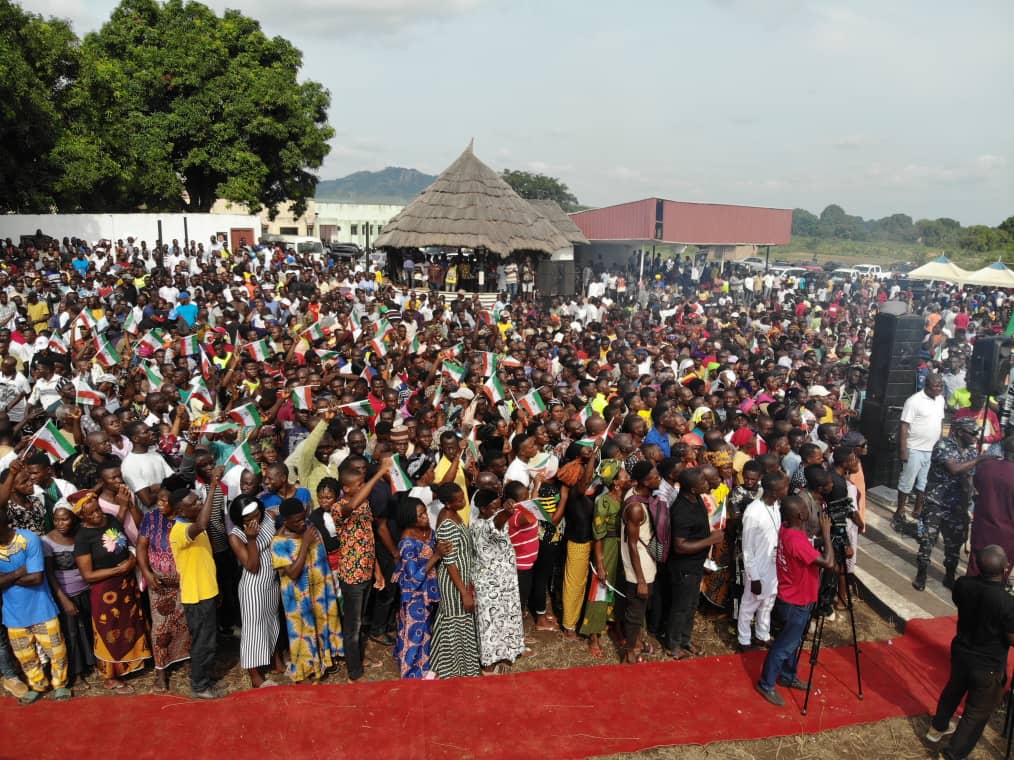 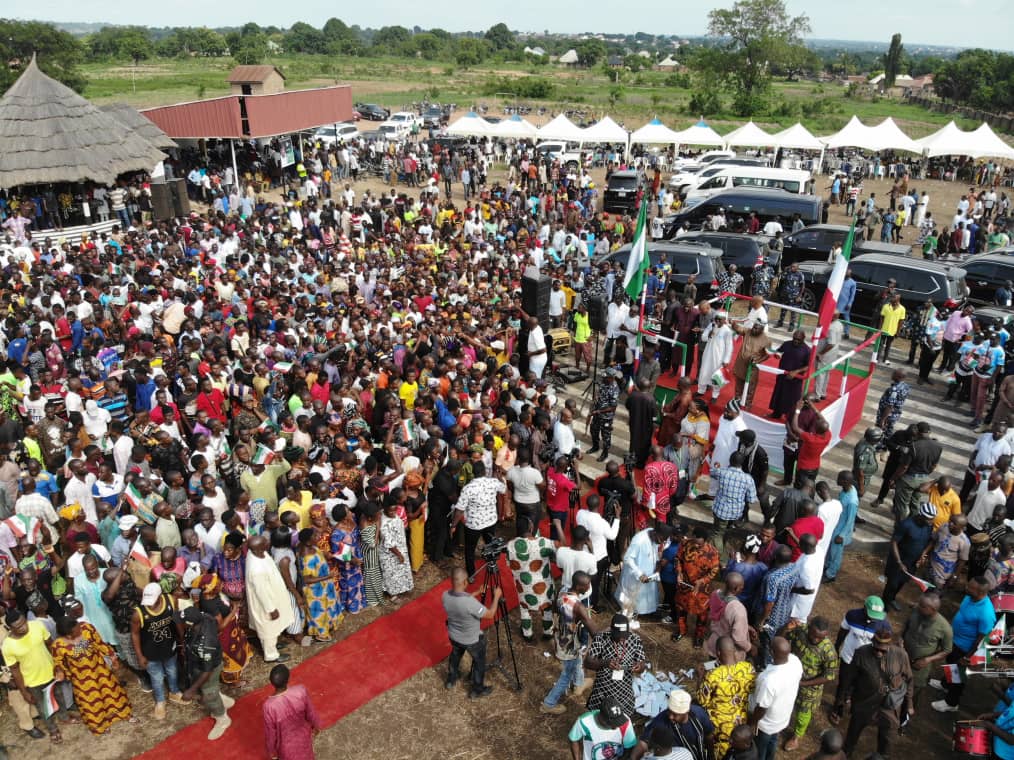 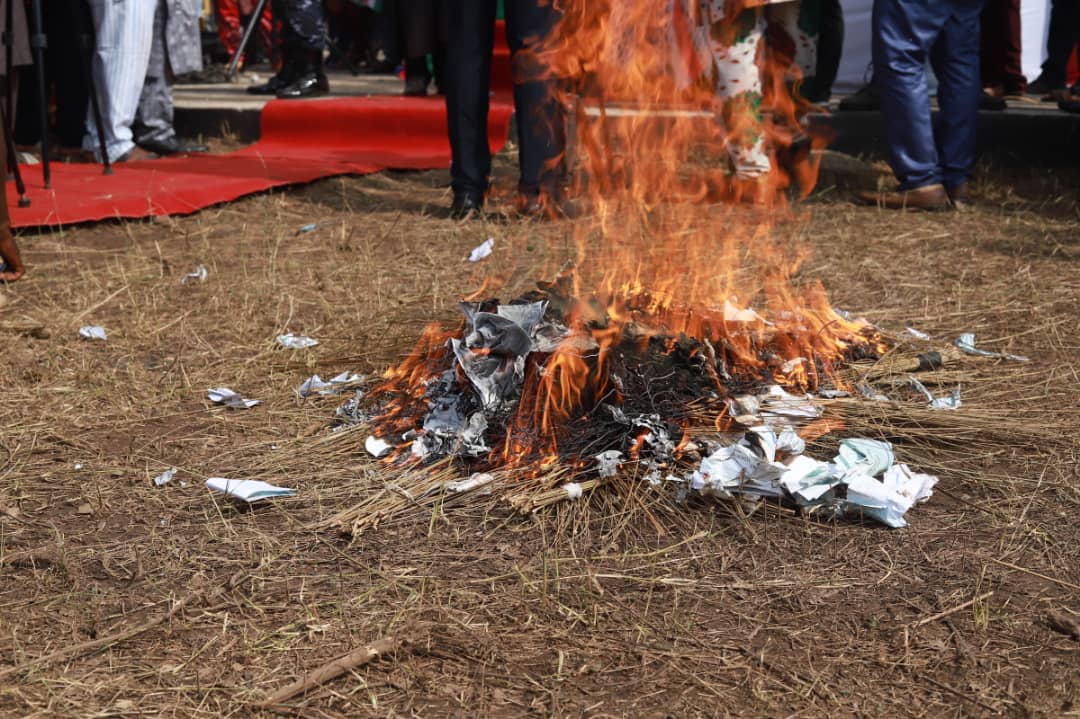 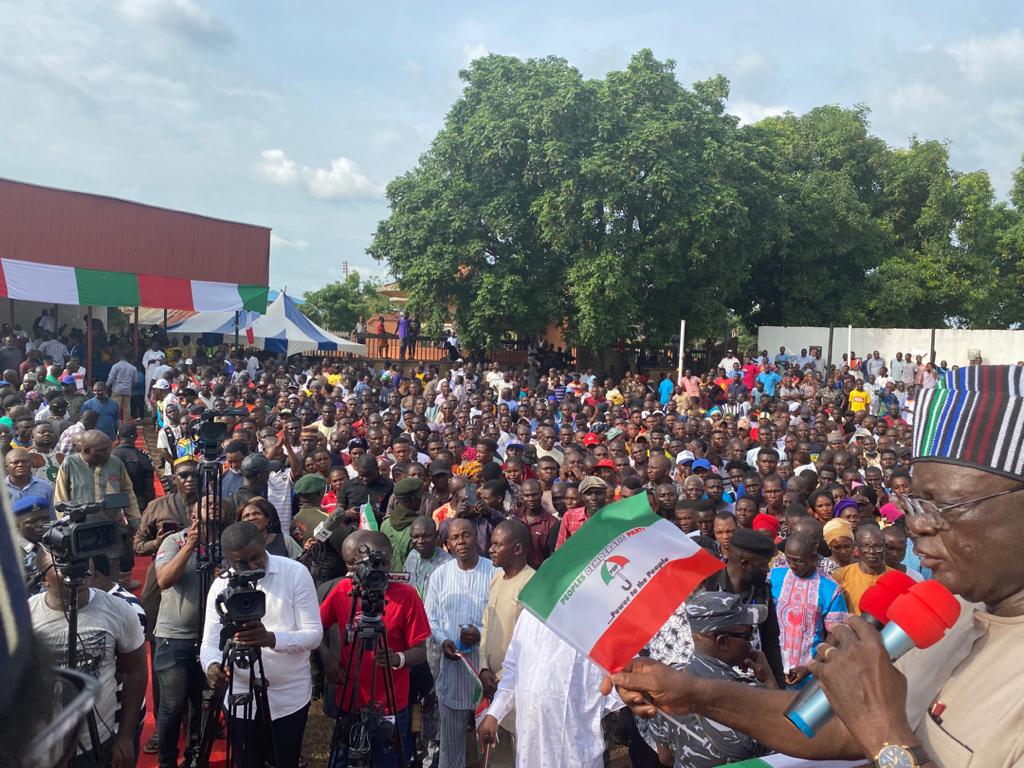 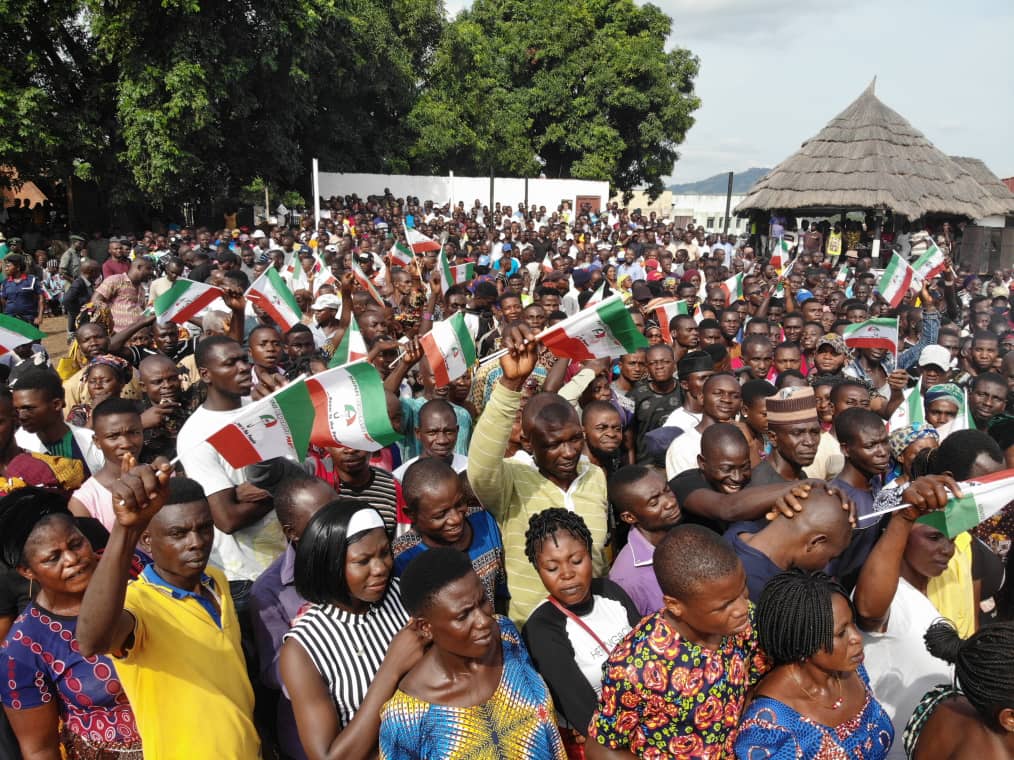 Related Topics:
Up Next

Opinion: Buhari, Kanu And Igboho Are On The Roads To Their Dreams

I am heading to my grandmother’s farm, some distance from the spot where the road splits into three to their dreams. I am now resting under the canopy tree to catch my breath in preparation for harvest time.
I can see Nnamdi Kanu approaching the spot. He is about turning into the road on the right. I run after him in excitement.
He looks at me strangely. He is asking what I am doing here? He wants to know if I am going to Biafra. He says the road he is turning into leads to Biafra.
He turns into the road as I follow closely. Behold, a big tree has been fell to block it. I am watching to see what he will do. He has to move the giant log to continue his journey. He brings out a sharp axe from the big bag hanging on his back. He says he will cut the log into pieces before sunset. He is at it with all seriousness.
As I look on, I see Sunday Igboho making a turn into the road on the left. He is not smiling. I run after him to know why he has come.
“Mr Igboho,“ I call.
He knows my voice and he answers with a vehemence that warns me to stay away. But, I am resolute when I find the opportunity for a good story. He eyes are fixed on my megaphone. He is asking me why I go everywhere with it. “But, you know it’s my duty to tell the stories of men and their exploits.”
He smiles as he beats his chest in continuation of his journey. I follow him into the road. Behold, there is a big rock blocking his passage. As I wonder if he has the strength to roll back the rock, he brings out a mighty hammer from the leopard skin bag with him. He is hitting the rock frantically as I look into the road in the middle. I can see a slim man walking with three hungry looking cows.
Read Other Related Articles:
I run after him. Wow, he is Buhari.
He says he has shown those boys never to dare him again. “Which boys?” I ask. He says he has conscripted all the axes and hammers in the land, that the roads to their dreams are now blocked.
He cannot believe what I just told him I saw Kanu and Igboho doing. He can’t believe it. He hands his cows to me for safekeeping and starts folding his sleeves for a fight. He says he will not take it. He says his cows are dying of hunger because Kanu and Igboho planted masquerades that will not allow them feed in peace in our farms.
Buhari is running back to the spot where the road splits into three to be sure I am not lying.
His cows are looking at me suspiciously.
What do I do with them?
I don’t want to be called a cattle rustler. I am just a story teller.
But remember; this is the beginning of the story. I will complete it when I wake up. Am I dreaming?
This article was written by Edmund Obilo, a talk radio Journalist…
Continue Reading

ormer President Olusegun Obasanjo should mind his language, and Femi Falana, an “anarchist,” must stop feigning being an activist, says Femi Adesina.

Mr Falana, a lawyer and human rights activist, was reported to have demanded an apology from the police for harassing Nigerians who protested against Mr Buhari’s regime on Democracy Day.

This month, ex-President Obasanjo had spoken about the need for Nigerians to be united to avoid the country’s disintegration.

But Mr Adesina believed the two individuals should not be commenting on the current goings-on in the country, as he stated in his latest Facebook article on Thursday.

“And what of Olusegun Obasanjo, a civil war hero. Despite all that he has contributed to the current upheavals by his actions and inactions, words, and bile, he says it is idiotic to wish Nigeria disintegration now. Good. But let us put our money where our mouth is. Let Baba mind his thoughts and his language,” the president’s media aide said as he castigated Mr Obasanjo.

Censuring Mr Falana and his ilk, Mr Adesina stated, “Last Saturday, as Nigeria celebrated Democracy Day, some people wanted to stoke protests, riots, and destruction. Did the system allow it? Not at all. Should it have been allowed? Not when there is still law and order in the land.

“Only anarchists would set the country on fire in the name of Democracy Day protests. And it was sad, tragic, to hear some so-called activists asking the police to apologise to Nigerians for not folding their arms and allowing the country to go into a tailspin. Anarchists masquerading as activists.”

I’ll Be Here Even After 2023, I’m Not Retiring From Politics Soon – Ganduje

overnor Umar Abdullahi Ganduje of Kano State has said he is not retiring from politics like Governor Aminu Bello Masari of Katsina State and he will remain active even beyond 2023.

Governor Ganduje told newsmen that his political influence can not be tamed in a few years as he is still actively in the system.

“My Political dexterity goes beyond the 1970s and I will remain active in politics even beyond 2023 not retiring because I’m not entirely tired of the system”.

Ganduje hints that he can not clearly spell out what or which position he is going for, “but let me assure you that I will remain active because that is what I have been doing since the early 70s”.

When answering questions on who will be his successor after 2023, the Governor refused to specifically say but assured that delegates who are going to vote for the next person will do a diligent job.

“On who will succeed me, I think one should allow the delegates to decide that because as you rightly know, Kano politics is something else you don’t sometimes interfere with and if you do you will be on your own”.

Governor Umar Ganduje also noted that Nigeria is in dire need of a peaceful resolution out of the several insecurities and as such all hands should be on deck to make things better.

The Governor commended regional socio-cultural groups like Ohanaeze Ndigbo, ACF, Afenifere and the Middle Belt group for identifying themselves with one Nigeria Project.

“And for those young ones who think they could divide the country by their agitations, they should know that they are alone in their quest and this is because their elders have actively identified with one Nigeria entity”.

These young Nigerians should know that our diversity is a source of our strength and pride and we should use it for a better nation than create problems that would consume us and push us to crises”, Ganduje warned.